The “sweet spot” combination of solid global growth and profits and yet low inflation and benign central banks is likely to continue in 2018.
Market Update 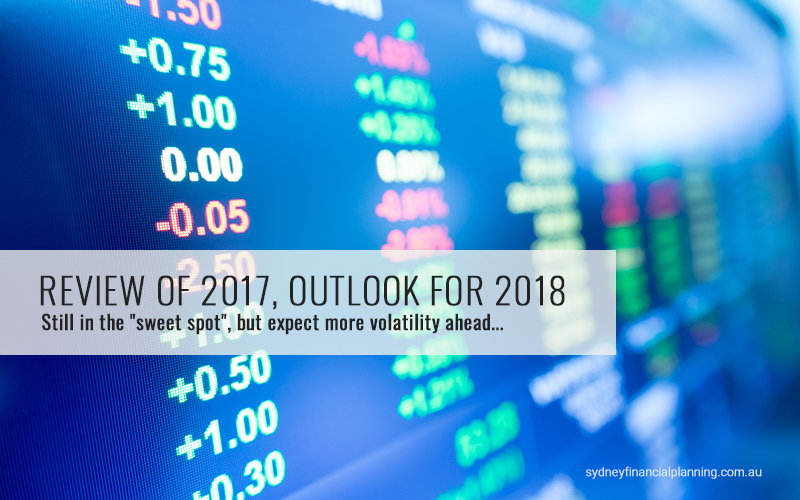 Still in the "sweet spot", but expect more volatility ahead - following are the key points:

By the standards of recent years, 2017 was relatively quiet. Sure they were the usual “worry list” – about Trump, elections in Europe, China as always, North Korea and the perennial property crash in Australia. And there was a mania in bitcoin.  But overall it has been pretty positive for investors: 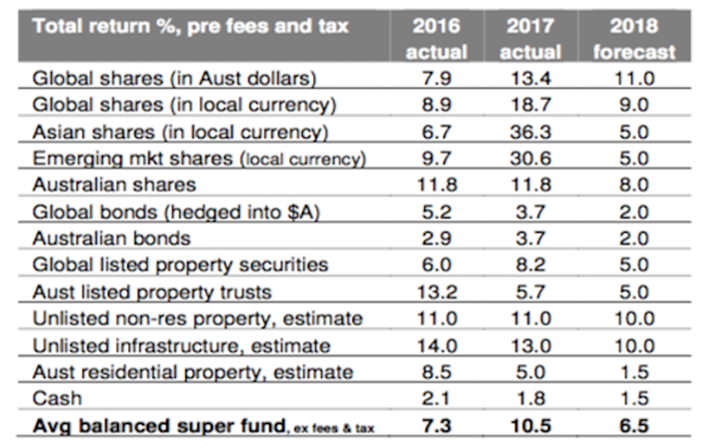 2018 is likely to remain favourable for investors, but more constrained and volatile. The key global themes are likely to be: 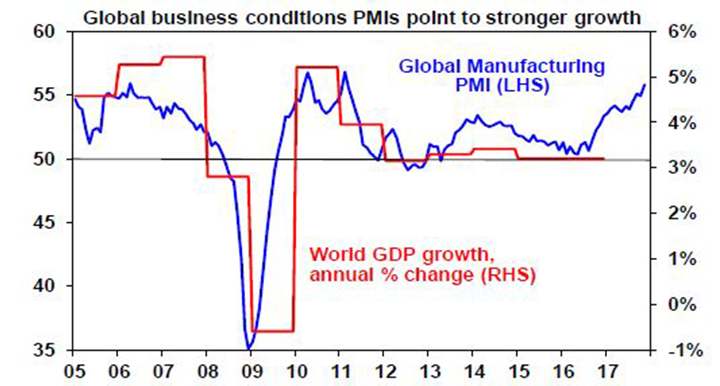 Fortunately, there is still no sign of the sort of excesses the drive recessions and deep bear markets in shares: there has been no major global bubble in real estate or business investment; there is the bitcoin mania but not enough people are exposed to that to make it economically significant globally; inflation is unlikely to rise so far that it causes a major problem; share markets are not unambiguously overvalued and global monetary conditions are easy. So arguably the “sweet spot” remains in place, but it may start to become a bit messier.

For Australia, while the boost to growth from housing will start to slow and consumer spending will be constrained, a declining drag from mining investment and strength in non-mining investment, public infrastructure investment and export volumes should see growth around 3%.  However, as a result of uncertainties around consumer spending along the low wages growth and inflation, the RBA is unlikely to start raising interest rates until late 2018 at the earliest.

Continuing strong economic and earnings growth and still-low inflation should keep overall investment returns favorable but stirring US inflation, the drip feed of Fed rate hikes and a possible increase in political risk are likely to constrain returns and increase volatility after the relative calm of 2017;

Well another year ended, and a new year starts.  Last year turned out to be a solid year for returns, as we still recover from the GFC running 10 years ago. And yes we will have some volatility, but barring a catastrophe, things look reasonably good.  As usual, if you’ve had a well-diversified portfolio, volatility can be well managed. They key here is to sit down and do a financial progress meeting, and if you feel a need to talk to your financial planner, please call Sydney Financial Planning to organise that meeting.

If you want to discuss your investment strategy or financial strategies with one of our advisors - call us to arrange an appointment on 02 9328 0876.

This main article was prepared by Dr Shane Oliver. Dr Shane Oliver, Head of Investment Strategy and Economics and Chief Economist at AMP Capital is responsible for AMP Capital’s diversified investment funds. He also provides economic forecasts and analysis of key variables and issues affecting, or likely to affect, all asset markets.

Come visit us by appointment at one of our four office locations.