Dig up your forgotten fortune 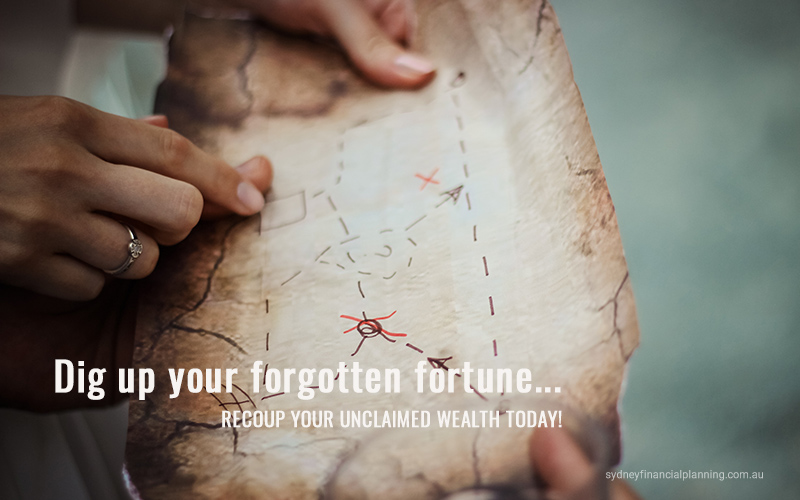 In 1930, Harold Bell Lasseter claimed that when three decades earlier he rode on horseback from Queensland to the West Australian goldfields, he stumbled across a huge gold reef.

Over the next 80 years, scores of expeditions set off to the region near the border of the Northern Territory and Western Australia, but no-one ever found a sliver of evidence of the socalled Lasseter’s Reef.

That may be about to change with Google Earth technology that Tamworth man Jeff Harris and three mates are now using to cross-match with sketches in Lasseter’s original diary.

Like Mr Harris, we are all fascinated by the search for untold wealth. Hordes of us queued up recently to buy Oz Lotto tickets in a draw worth more than $100 million.

Yet Australians are sitting on a gold mine of unclaimed money well beyond the scale of anything Lasseter could have dreamed.

If you have ever moved house or changed jobs, you could be among millions of Australian workers and retirees with lost super. Forgetting to update address details with a fund or switching funds when they change jobs are the most common reasons why

Some workers also fall victim to unscrupulous employers who make late super payments or don’t pay at all. If the law catches up with them, the late funds may be paid into accounts that have been closed and then the money is held by the Australian Taxation Office (ATO).

However, there are several mechanisms available to Australian workers to help them retain or regain funds that are rightfully theirs.

From 1 January 2012, super funds have used members’ tax file numbers to help consolidate their accounts, whether they are in the same fund or across multiple funds. Once accounts are located, members have the option of rolling their super into a single account.

The ATO operates a free online tool called SuperSeeker, which is a secure, convenient service to help you track your super. It can be found at www.ato.gov.au/superseeker.

Don’t forget that you may also be entitled to some of the $677 million unclaimed in shares, bank accounts and the investment portion of life insurance policies.

Check out www.moneysmart.gov.au, a website operated by the Australian Securities and Investments Commission that will help you discover if you are entitled to misplaced or forgotten investments.

You could be entitled if you have forgotten about an old bank account. Or, in the case of life insurance policies (particularly with Whole of Life Policies taken out in the 1980s and 1990s), you may have overlooked a lump sum amount payable at the time of death or after the policy holder reached a certain age.

Whole of Life policies are no longer available, but Australians who once bought them are sometimes entitled not just to the face value of the policy, but also the cash value made up of dividend earnings. These can be withdrawn at any time.

If only Lasseter had modern day tools like Google Earth back in the early 1900s, he may have been able to locate untold riches as easily as SuperSeeker and MoneySmart can help people recoup unclaimed wealth today.

Or you need help in locating and consolidating your super. Call us to arrange an appointment with one of our advisors on 02 9328 0876.