Global recovery is on track, vaccines are working. Will JobKeeper’s end derail Australia’s recovery. Australian house prices are booming again but expect measures to slow it down in the months ahead.
Market Update 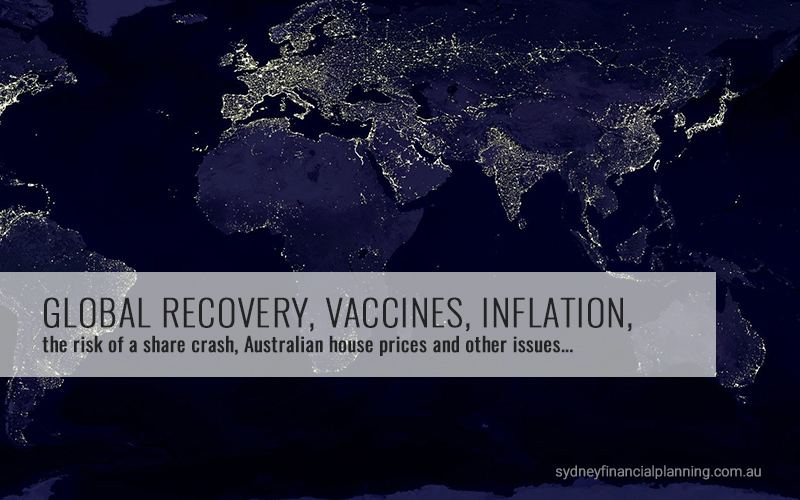 Is the global economic recovery on track?

Yes. We anticipate global growth around 5.5% this year on the back of reopening sustained by vaccines, fiscal stimulus, easy money and pent-up demand as evident in double digit household saving rates. Global business conditions are strong.

Are vaccines working? What about new variants?

Yes. There are now five western vaccines along with vaccines from Russia and China. The evidence from numerous trials and results from Israel (where 58% of the population have received at least one dose) and the UK (where 45% have received at least one dose) indicate that the various vaccines are around 75% plus effective in heading off infection and 100% or near effective in preventing serious illness, hospitalisation or death (including for new variants).

This is evident in a sharp fall in new cases, hospitalisation and deaths in Israel, the UK and US (where “only” 29% have received at least one dose but about 3 million people a day are now being vaccinated).

Protection against hospitalisation and deaths though is key in providing confidence in a sustained reopening. There may still be occasional new waves of cases until herd immunity is reached and uncertainty remains around how long vaccines last, and this may require top ups. Europe has seen a resurgence in new cases but is lagging in vaccination (10% having received one dose) as are emerging countries and Australia. Vaccine production is ramping up rapidly though so most developed countries will approach some degree of herd immunity (70% plus vaccination) in the second half (mid-year in the US) and emerging countries through next year.

Will the ending of JobKeeper derail the Australian recovery?

This is doubtful. The best guide to those vulnerable to job loss from JobKeeper’s end is those working zero hours and this was only running around 70,000 above normal in February which is down from 720,000 in April last year – the loss of 70,000 jobs would push unemployment up but only by around 0.5% and from a much lower than expected level of 5.8% in February and don’t forget that nearly 90,000 jobs were created in February; another 100,000 above normal were working reduced hours but they are more likely to see a reduction in income rather than job loss; various measures of job vacancies are running around 15% above year ago levels suggesting that job losses in travel and CBD-related service businesses should be made up elsewhere; JobKeeper’s injection into the economy has already dropped from $12bn a month last September to $2.5bn a month in March and yet the economy has continued to recover; and its removal will be partly offset by other forms of stimulus such as personal tax cuts and investment incentives. We expect the Australian economy to grow by around 5% this year.

What about the ongoing snap lockdowns in Australia?

These are disruptive and a huge barrier to making domestic travel plans, but providing they remain short, the overall economic impact will be minor (as they have been lately). Faster vaccine rollout (with CSL production kicking in) should end them later this year once herd immunity is reached. Of course, if the Brisbane’s snap lockdown (or any other) turns out to be long then the Government may have to consider reinstating JobKeeper or something similar for areas affected.
The new travel bubble is another sign of recovery and a positive outlook.

Is inflation going to become a problem?

Annual inflation is likely to rise towards 4% in both the US and Australia in the months ahead as last year’s price falls drop out, higher commodity prices along with goods supply bottlenecks impact and flood driven rises in fresh fruit and vegetable prices in Australia impact. However, this is likely to be temporary as distortions drop out, goods supply picks up & demand swings back towards services and as wages growth likely remains low.

Beyond the next 2 to 3 years though the risks on inflation are likely to swing to the upside as spare capacity is used up and ultra-aggressive monetary policy ultimately pushes up inflation at a time when the disinflationary impact of globalisation is starting to fade, and governments are becoming more interventionist in their economies. In other words, we appear to be at a similar juncture to the peak in inflationary pressures seen in the early 1990s – but in reverse.

What is the best protection against higher inflation?

Sustained higher inflation will ultimately mean upwards pressure on the yield structure in the economy which could be negative for investments that have benefitted from years of low and falling interest rates like high PE tech stocks. Share market is generally the best protection against sustained higher inflation as it provides higher than inflation total returns. In the next couple of years we also expect inflation linked bonds and real assets like commodities and infrastructure to provide quality yields.

When will interest rates start to rise?

Both the Fed and RBA are signalling no rate hikes until 2024 at the earliest as they see it taking this long before labour markets are tight enough to sustain inflation at or just above target. We think it could come a bit earlier in 2023 but that’s still a long way off. Europe and Japan are even further away from raising rates.

Note though that fixed mortgage rates take their que from long term bond yields and so have already started to bottom out.

Will massive levels of public debt cause a problem?

This could become an issue, but a major crisis should be avoided.

Second, Japan has had high public debt for years without a major problem.

Third, it’s conceivable that if a problem did arise, governments could cancel the bonds that their central banks now own. Finally, in Australia public debt is relatively low.

What is the risk of next share market ‘crash’?

Shares have had a strong rebound from their pandemic lows a year ago and are always vulnerable to a decent correction, this could be triggered by an ongoing sharp rise in bond yields or new coronavirus waves ahead of heard immunity. While a correction is always a risk, as you (hopefully) know, it’s not something to fear.

First, it’s normal for share market returns to slow in the second 12 months after a bear market low as markets are no longer cheap and they become dependent on higher earnings.

Second, while the rise in bond yields this year has been sharp it reflects the bond market playing catch up to the economic recovery that share markets started to anticipate last year.

Third, share market offers strong earnings yield premium relative to bond yields in contrast to in the year 2000 when bond yields rose were above earnings yields. So, shares are not overvalued. Fourth, earnings expectations have been revised up sharply so far this year on the back of the improving growth outlook. Fifth, we are still not seeing the sort of economic overheating, monetary tightening and investor euphoria seen at major market tops. Finally, in relation to the US share market being at a record high - markets are often at all-time highs as shares rise over time.

Will the $A resume its upswing?

After briefly hitting $US0.80, the rise in the $A has stalled as the $US rebounded. But with non-US growth likely to accelerate with vaccine deployment, Chinese growth likely to remain strong and some US stimulus leaking globally commodity prices are likely to be strong and safe haven demand for the $US will continue to fall so the upswing in the $A is likely to resume, seeing it end the year above $US0.80.

Should investors invest in Bitcoin?

It’s hard to see Bitcoin becoming digital cash - its transactions are slow and high cost, its highly volatile and it’s a massive user of electricity - and it’s not an asset generating cashflows – it doesn’t produce anything and it doesn’t pay any income while you hold it. This means the only way to benefit from bitcoin is to sell it for profit. Once you sell it, you need to think about what you buy with it. All of which makes it hard to justify other than as something to speculate on! Of course, this is not to say that it can’t go up a lot further (or down) as more jump on (or off) its bandwagon. 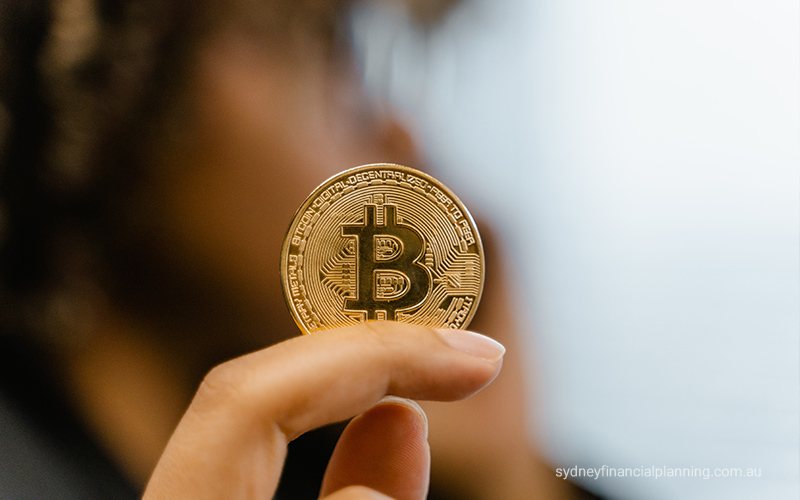 How big a threat are tensions with China?

For now, the impact on the Australian economy (as opposed to individual sectors) by the tensions with China has been muted by strong commodity prices, the ability to redirect some exports to other markets and China’s practical short-term difficulties in replacing Australian iron ore (there is basically not enough other supply sources). But it’s an issue to keep an eye on.

Why is there another boom in Australian house prices? 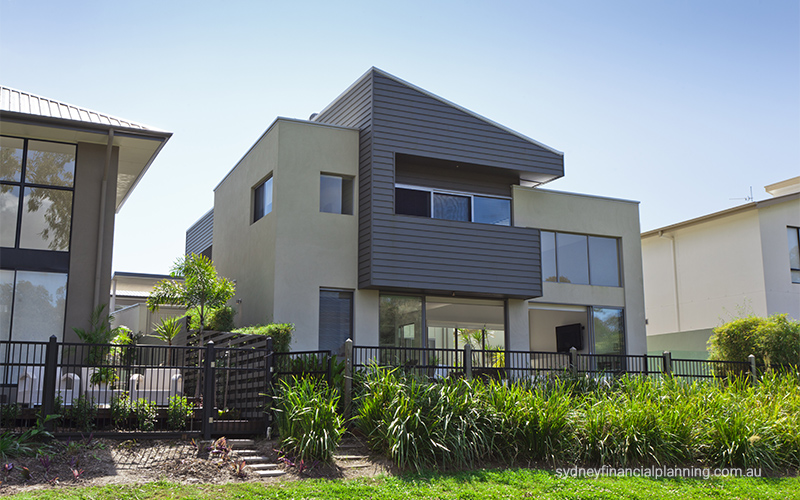 Economic recovery, the strengthening jobs market, ultra-low interest rates, buyer incentives and FOMO are driving a new boom in property prices. Home prices in March look to have seen their fastest gain since the 1980s. With ultra-low mortgage rates this could run for another 18 months with prices rising by a further 20% or so.

Several things are likely to eventually slow it down though, particularly from the second half:

There is a lot to digest here but if you think about where we were this time last year, a lot of these headlines are what we were hoping for back then. Having faith in the future is crucial in investing and this recovery was a good example of what happens when we stick to our plans and we don’t abandon this important investment principle. Big congratulations to all our clients who listened to our guidance and rode out another bear market via disciplined dollar cost averaging. You and your families have benefited from the correction’s discounted prices, not because we’re smarter, not because we have better investment skills, but because of the faith in the future.

The value of the advice you have received is paying off, please make sure you respond to our annual progress review calls, as this is where we will address your individual situation and plan and help you navigate the times ahead.

Is your investment strategies for your 2021 portfolio in need of review?

Speak with one of our Financial Planners to help you navigate the best approach for you, either book a meeting or get in contact with us on 02 9328 0876.